Looking to buy your dream home before the year is out?
Our expert tips will help

10 of the Most Expensive Homes Sold this Year

Brandon is our managing real estate broker with experience since 2001 in professional sales...

As 2020 winds down, we're getting closer to the definitive list of the biggest and most expensive sales to take place across the country this year.

It’s been a big year for the 1 percent. In February, Amazon founder Jeff Bezos set the record for the most expensive sale in the history of Los Angeles while Citadel founder Ken Griffin’s 2020 purchases pushed his real estate portfolio over $1 billion.

Luxury real estate has stopped at nothing — not a global pandemic, not a national reckoning with race and police brutality and not a national recession — and sales of over $50 million continued to roll out at a pace consistent with last year.

Here is an updated list of some of the biggest sales to take place this year.

The most expensive real estate sale this year, and in the history of Los Angeles, happened in February when Amazon CEO Jeff Bezos shelled out $165 million for a historic property known as Warner Estate.

The nine-acre estate and 13,600-square-foot mansion were built by Warner Brothers head Jack Warner in the 1930s and had been owned by media mogul David Geffen since the 1990s.

The second-biggest residential sale of the year (and one of the biggest sales in Los Angeles history) came from entertainment mogul and billionaire Jeffrey Katzenberg.

In August, the former CEO of DreamWorks Animation sold his Beverly Hills property for $125 million. Different sources reported the buyer to be either a family from the United Kingdom or Jan Koum, the co-founder of WhatsApp.

The lot, which Katzenberg and his wife Marilyn bought in 2009 for $35 million, was torn down and rebuilt by architect Howard Backen. The buyer took over a seven-acre, 26,000-square-foot property a stone’s throw away from the area’s iconic Greystone Mansion. 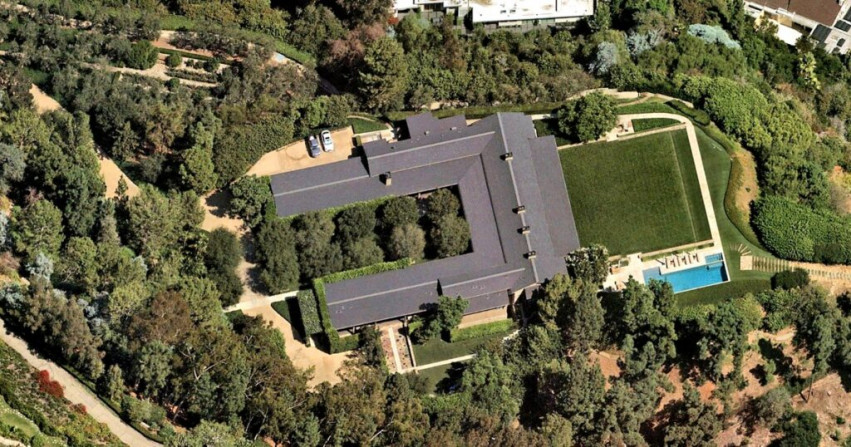 Despite talks that the affluent were fleeing New York during the pandemic, a number of high-end sales have taken place throughout the global health crisis. The penthouse of Manhattan’s 220 Central Park South tower sold to an anonymous buyer for $99.9 million at the end of July.

The penthouse measures 8,200 square feet and is built across two floors at the top of the 69-floor tower. It also comes with 850 square feet of outdoor terrace space and was originally listed for $108 million.

The buyer, whose name is being kept private behind the 76CPS LP limited partnership registered in Delaware last year, also purchased a smaller unit in the building for $1.81 million.

Ken Griffin, an investment banker who set records as the buyer of the most expensive home in America in 2019, dropped approximately $100 million on a seven-acre Southampton property back in February.

While the whole deal took place off-market and was shrouded in secrecy, Mansion Global reported that Griffin bought it from famed fashion designer Calvin Klein.

The property is located on Meadow Lane, home to some of the country’s most expensive addresses, and came right before the pandemic sent affluent residents out of the city and prices in the Hamptons skyrocketing.

At the end of June, a Palm Beach property that President John F. Kennedy’s family dubbed their “Winter White House” sold for $70 million.

First reported by Palm Beach Daily News, the sale took place off market. The home sold to an anonymous buyer disguised by a trust fund. The seller was a company tied to real estate billionaire Jane Goldman, who bought the property in 2015.

The house was built in the Mediterranean style in 1925 and purchased by JFK’s father, Joseph P. Kennedy Sr., in 1933. The Kennedys would often go there with the kids during JFK’s presidency; the Winter White House stayed with the family until 1995. 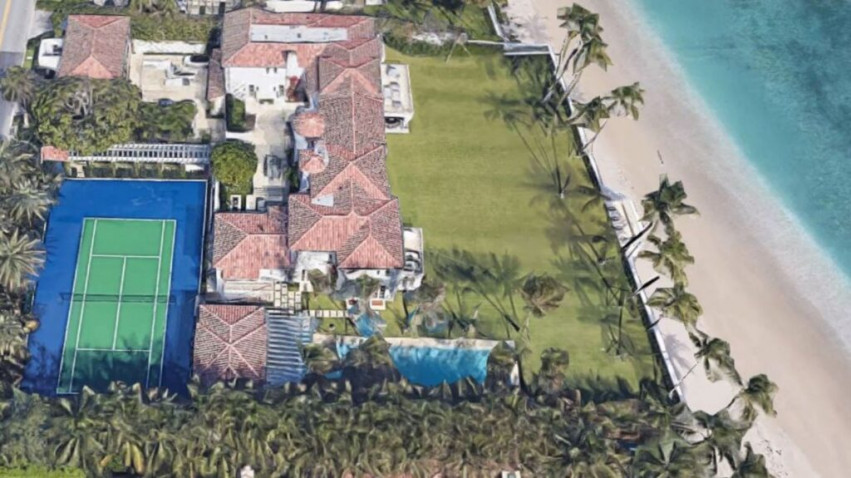 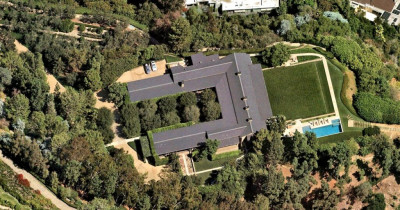 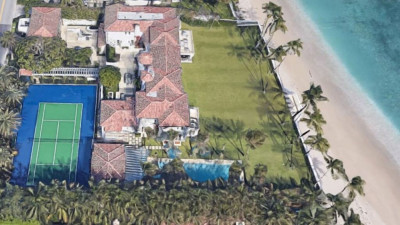 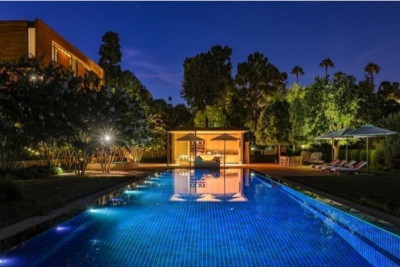 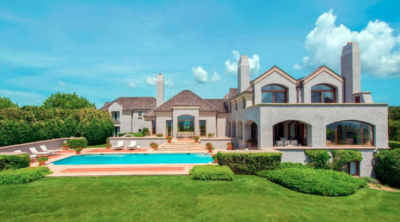 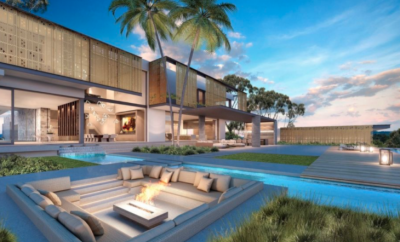 Back in June, David Geffen dropped $68 million for a 3.3-acre property known as the Foothill Estate in Los Angeles.

This is the same Geffen who sold the $168 million home to Bezos in February —  he has been making luxury real estate news a lot in 2020 and passed the benchmark of a real estate portfolio worth over $1 billion earlier this year.

The home, which Geffen bought from Los Angeles Olympic Organizing Committee President Casey Wasserman, is the third most expensive sale to take place in Los Angeles this year. 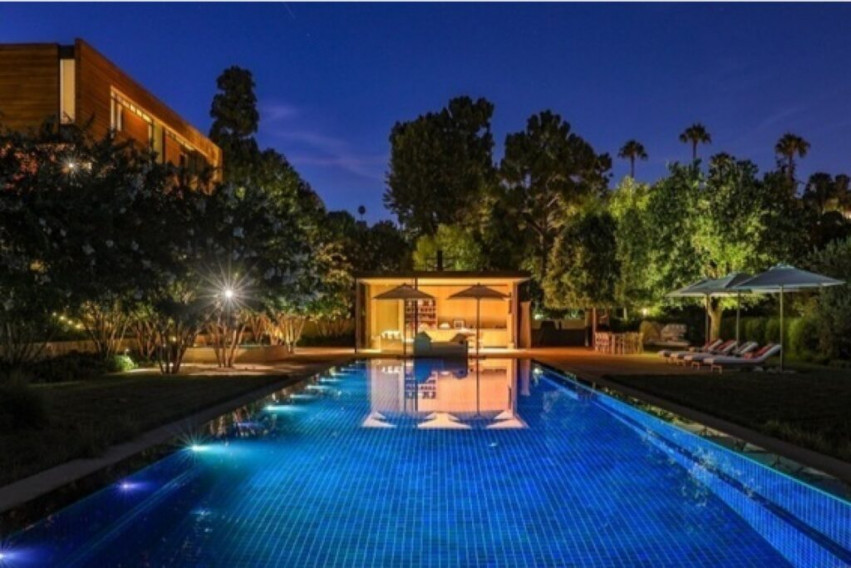 In March, a house linked to Robert Shapiro — a former developer sentenced to 25 years in prison in 2019 for running a $1.3 billion Ponzi scheme with clients’ investments — was purchased for $60 million.

Located at 10721 Stradella Court in the Bel Air neighborhood and under construction at the time of sale, the 21,000-square-foot mansion was one of the properties put into a trust after Shapiro pled guilty in August 2019.

According to the Real Deal, the buyer remained anonymous by buying the home through an entity called Sky Garden 2020 LLC. The real estate market in the Hamptons exploded after the coronavirus hit New York City, with some people paying as much as $2 million to rent a house there throughout the summer.

In late April, a two-home compound owned by late financial advisor John F. Sullivan sold to an unknown buyer for $57.5 million. While the deal was reportedly negotiated before the pandemic hit, demand for properties in the ultra-affluent New York enclave has only grown since. A mountain estate set the record in July as Vail’s most expensive sale ever. Purchased by biotech entrepreneur Kevin Ness, the estate is remarkable by its environmental design and location in the very center of the notoriously expensive mountain resort town.

The $57 million sale nearly doubles the previous record-holder in Vail, a home owned by philanthropist Ann Smead that sold for $28.7 million.

Chief executive of the Colorado-based biotech company Inscripta, Ness bought the extravagant mansion as a “generational” home for his family. The seller, a limited company connected to Mexican investor Alejandro Rojas, was represented by Eustaquio Cortina of Ron Byrne & Associates Real Estate. Learn more about Accord Realty Marketing Learn more about our Buying Process

We use cookies to enhance your browsing experience and deliver our services. By continuing to visit this site, you agree to our use of cookies. More info